Jarrette Werk, A’aniiih and Nakoda, turns what it means to be American on its head. He shares the story of Jolie Varela, founder of Indigenous Women Hike, and highlights her perspective on reclaiming her Indigenous identity.

Reclaiming Indigenous Identity by Connecting to the Land

Jolie Varela is the founder of Indigenous Women Hike, which promotes healing through the inherent connection Indigenous peoples have to the land. She is a hiker, water protector, and land defender based out of Payahuunadü, the place of flowing water, also known as Owens Valley, California.

Varela started hiking as an act of cultural reclamation and for her self-care and healing. In 2018, she and a group of Indigenous women set out to hike the 200-mile Nüümü Poyo (John Muir Trail) without permits under the American Indigenous Religious Freedom Act. To advocate for the history of her people and to acknowledge that these trade routes have been traveled by Indigenous people since before America was even ‘America.’ 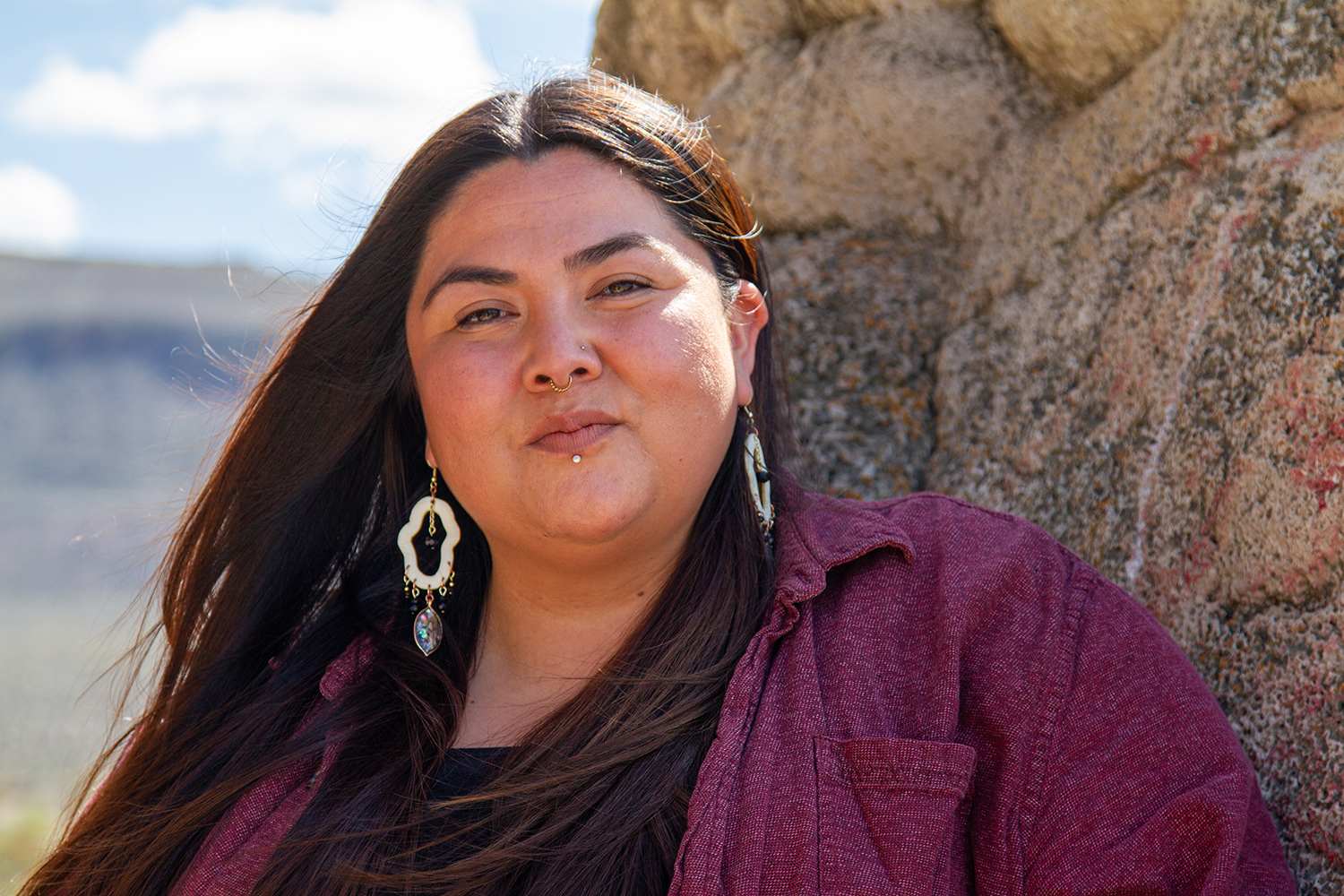 As an act of resistance, Varela has rejected the colonial construct of what it means to be an ‘American.’ Indigenous people, like herself, use the terms Indigenous, Native American, or American Indian interchangeably when identifying themselves. However, many choose to identify with their specific tribal nation(s).

“I’m not American. I’m Nüümü; I’m Yokuts. Our existence predates America. So, I define myself as a citizen of my Nations. I think it’s very important to just reclaim who we are in that sense,” Varela said. “For me, it’s like calling myself Nüümü, or Yokuts, a Nüümü Hupi, which is a Paiute woman.”

A person’s identity can be influenced by a variety of factors like ethnicity, culture, family, sexuality, lived experiences, and even the media. Varela has spent years navigating these intersections of her life.

“And to add being a proud Indigenous, queer, and fat woman puts me on the fringes even more. It’s a part of my identity that I’m reclaiming for myself and really trying to be confident and comfortable in that, and realize that we don’t need to conform to Eurocentric body standards anymore,” she said.

In addition, Varela’s organization, Indigenous Women Hike, also works to counteract violence to the land. She was inspired by the time she spent protecting the water in Standing Rock, which was threatened by the Dakota Access Pipeline. Indigenous peoples were concerned that the nearly 1,200-mile long pipeline would contaminate the water of the Missouri River, which is just north of the Standing Rock Reservation along the North Dakota and South Dakota border.

Through her travels across the world, Varela is reminded of how erased Indingeous peoples are from society. For example, she commonly experiences the challenge of explaining her Indigenous roots to others outside of the United States.

“It’s tricky because [I] have to say that [I’m]from the so-called United States or that I’m from America,” Varela said. “But while trying to explain myself, like, ‘I’m the First People,’ I found myself so many times having to say, ‘you know, Cowboys and Indians,’ and then it clicks and they’re like, ‘Oh yes.’ And then I tell them I’m the “Indian.’ And they understand that.”

“The American dream is not my Indigenous dream”

The First Peoples of the lands were the last to gain citizenship. It wasn’t until 1924, that Congress finally granted citizenship to any Native Americans born within the United States, but afterward  many continued to be denied voting rights by state and local jurisdictions.

As a result of the treatment of Indigenous peoples in the United States, Varela explained that she views being considered an American citizen as something that is forced upon Indigenous Peoples. 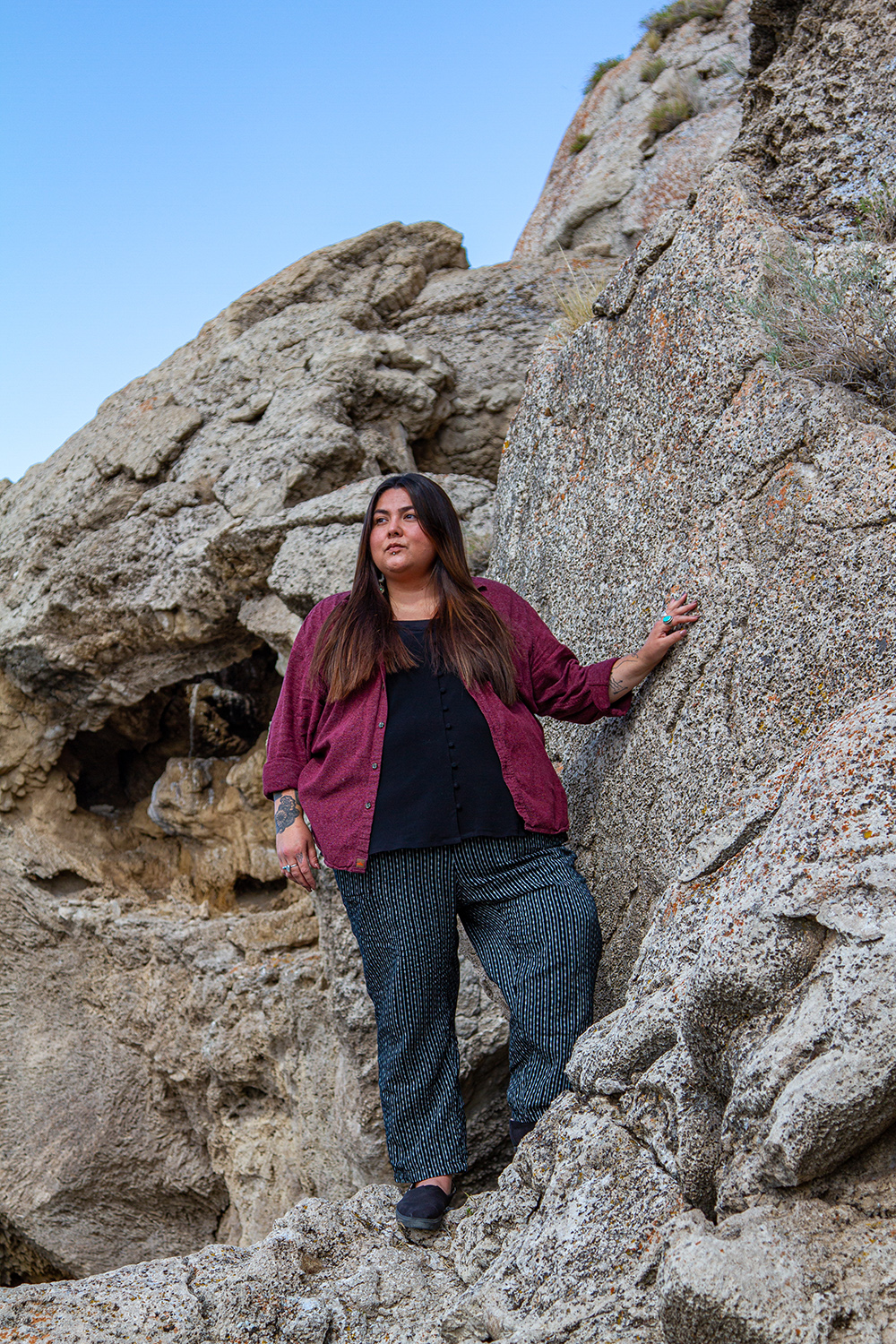 Jolie Varela, 34, is a citizen of the Tule River Yokut and Paiute Nations. She is a hiker, water protector, land defender, and change maker based out of Payahuunadü, the place of flowing water, also known as Owens Valley.  (Photo by Jarrette Werk)