Carly Sauvageau interviews Nandar Yukyi, a Burmese-American earning her Ph.D. in biological anthropology at the University of Nevada, Reno, who has faced many challenges. Yukyi has faced the discrimination toward Asian Americans in the United States, and recently the coup in her native country of Myanmar. Still, Yukyi prevails with hope for compassion and humanity.

Nandar Yukyi has embroidered a red ribbon on her white University of Nevada, Reno lab coat below her name. She calls it her “silent scream.”  Yukyi, a Burmese-American earning her Ph.D. in biological anthropology, wears the ribbon to protest the February 1 military coup in Myanmar. Red is the color of the National League for Democracy of deposed leader Aung San Suu Kyi. Red ribbons have been displayed by protestors at their homes, shops, and on their clothes.

Yukyi immigrated to the United States in 2005 with her family when she was 13 to escape conflict and the lack of opportunities in Myanmar. She became a citizen on October 10, 2012, and remembers feeling teary-eyed at her naturalization ceremony. “To be honest, I’d never really felt American enough throughout my immigrant life,” Yukyi said. “I don’t know why, but that day, I was like, ‘wow, I finally made it. I am an American.’”

Nandar Yukyi has hope for America and native Myanmar

Yukyi and her family first arrived in New Jersey and eventually moved to the Bay Area where her father got a job at the University of California, Berkeley. Yukyi went to the same school for undergrad college, but decided to go on a different route than the medical school direction her parents had hoped for after a few semesters. 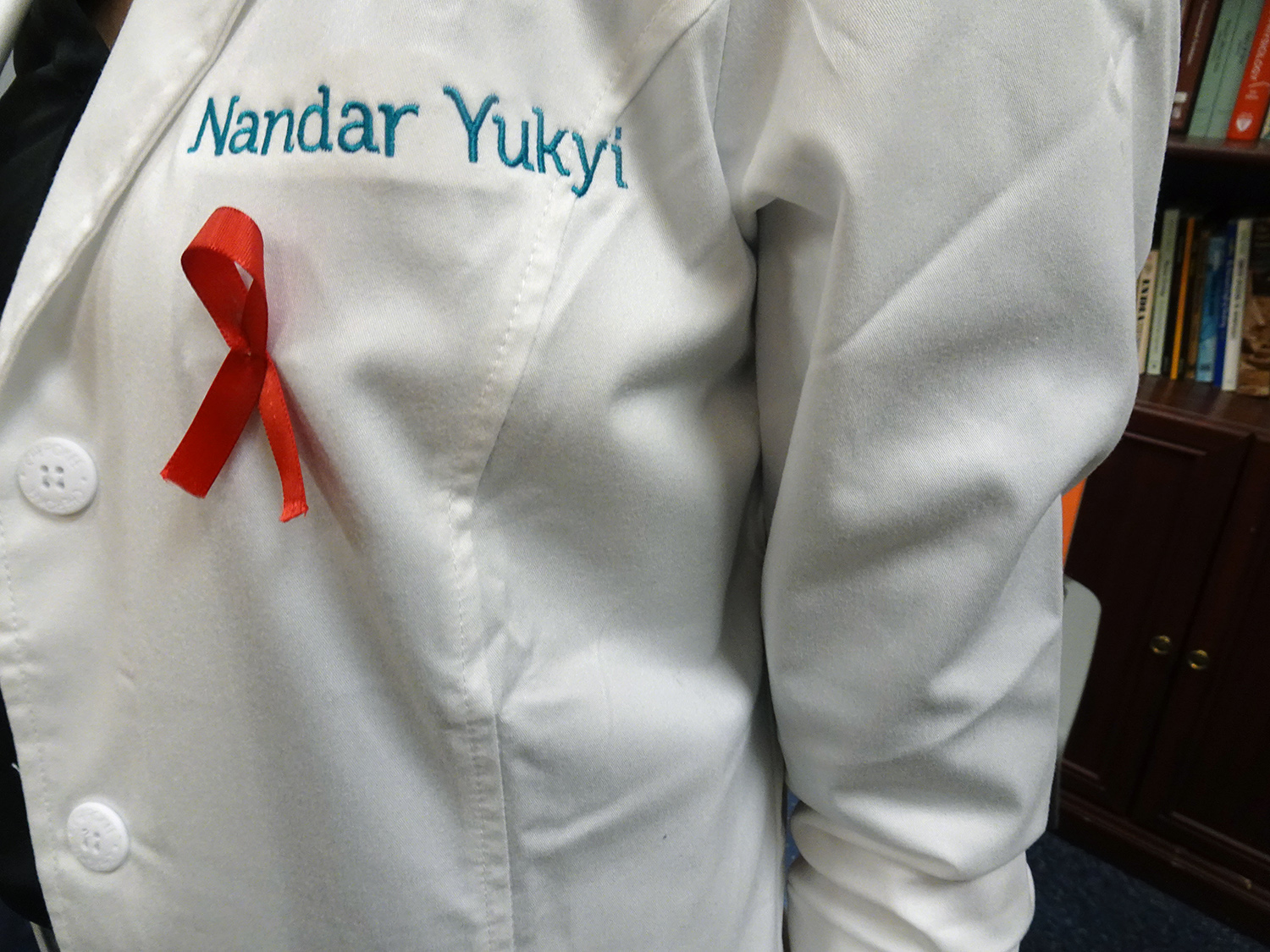 Nandar Yukyi has embroidered a red ribbon on her white University of Nevada, Reno, lab coat. Red ribbons have been displayed by protestors of the February military coup in Myanmar. (Photo by Nico Colombant)

“Rather than medical school, I decided to go into biological anthropology — which my parents weren’t very thrilled about — but I stuck with my gut and this is what I wanted to do,” she said. “I found something that I really loved doing.”

In Myanmar, Yukyi says the career she is pursuing doesn’t even exist. She remembers education in the southeast Asian nation as being focused more on memorization and test scores rather than critical thinking. Yukyi is looking to change that, focusing most of her dissertation research on Myanmar, which she was looking to travel to but could not because of the recent military coup. 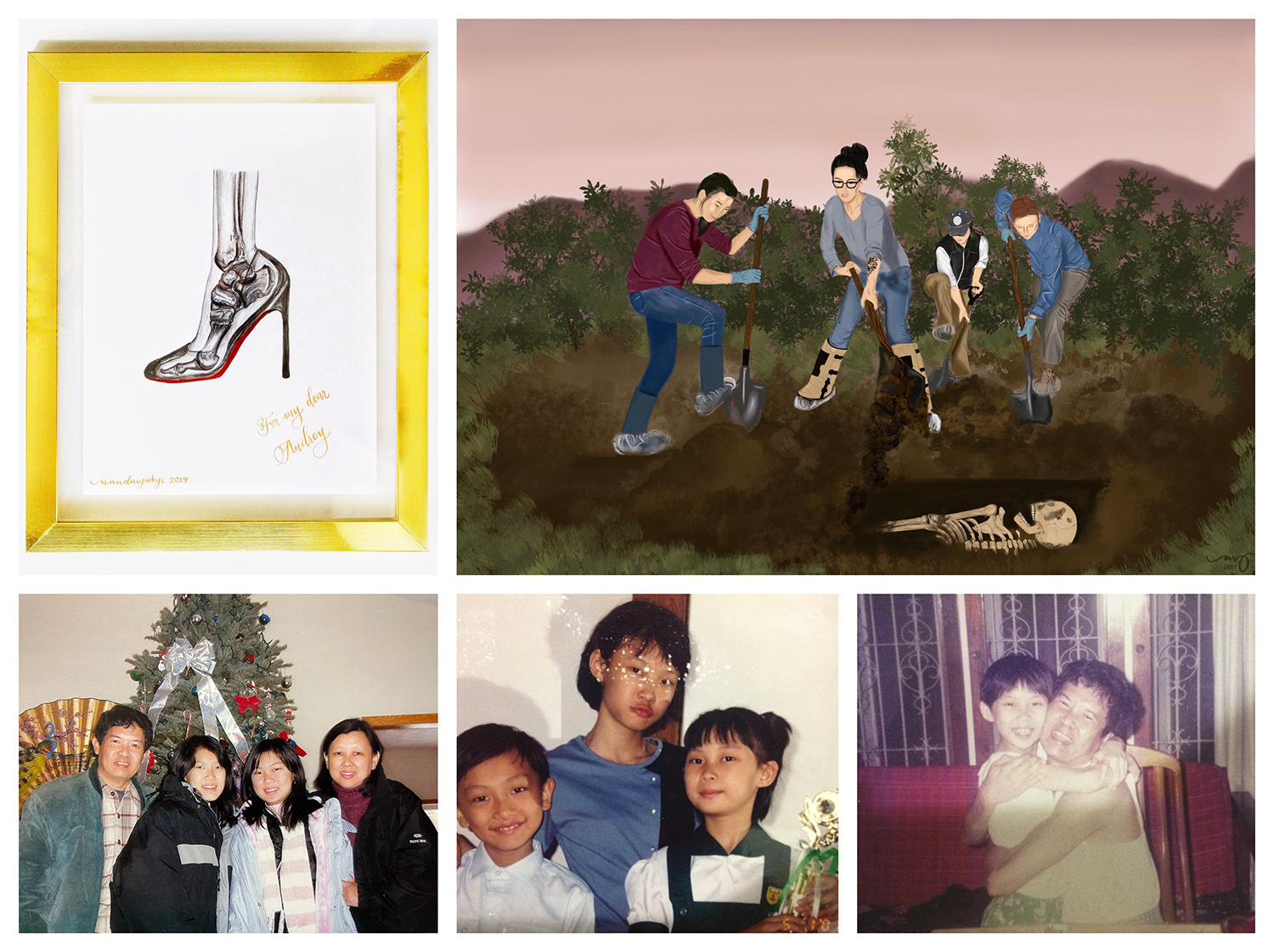 Yukyi creates anatomical art as well as digital drawings, both inspired by her studies as a biological anthropologist. Also included are photos of Yukyi’s childhood in Myanmar and her family’s first Christmas in the United States. (Photos courtesy of Nandar Yukyi)

On February 1, following elections in Myanmar, the military arrested elected leaders and took over the country in a fast-paced coup. “The civilians are still ready to fight,” Yukyi said.  “They’re thinking of so many different ways to fight against this unjust military coup and sadly, a lot of people, around the numbers of 700, they have died in this revolution and the killing sadly has not stopped yet as of May 2021.”

Yukyi has faced recent challenges not only in her native country, but in the United States as well. Throughout the pandemic, hate crimes against Asian-Americans have risen. She was worried for her safety, but also for the safety of her parents. For her, this preceded the pandemic. 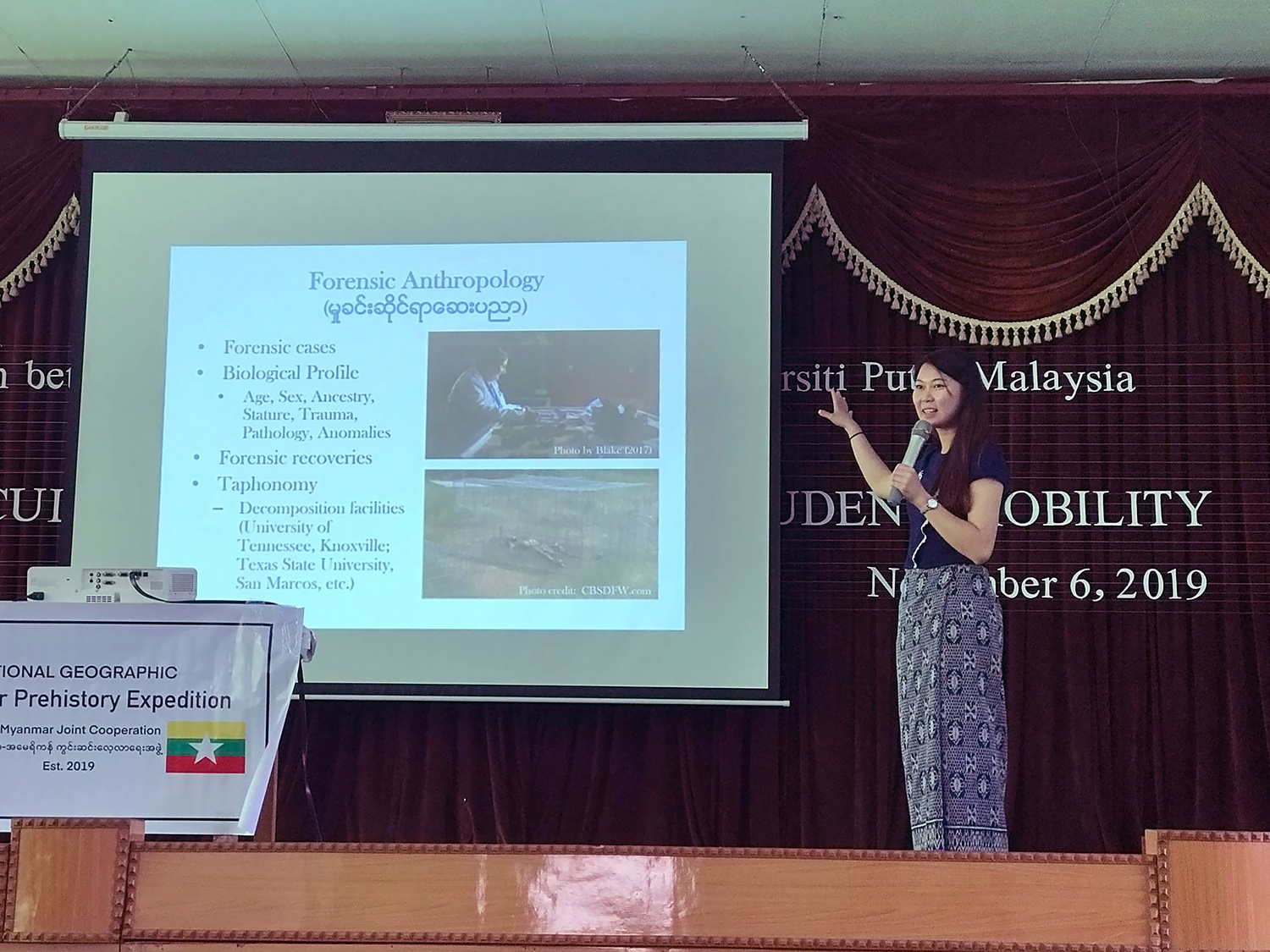 Yukyi makes a presentation on biological anthropology at a university in Myanmar. She says her field of study doesn’t exist yet in her native country. (Photo courtesy of Nandar Yukyi) 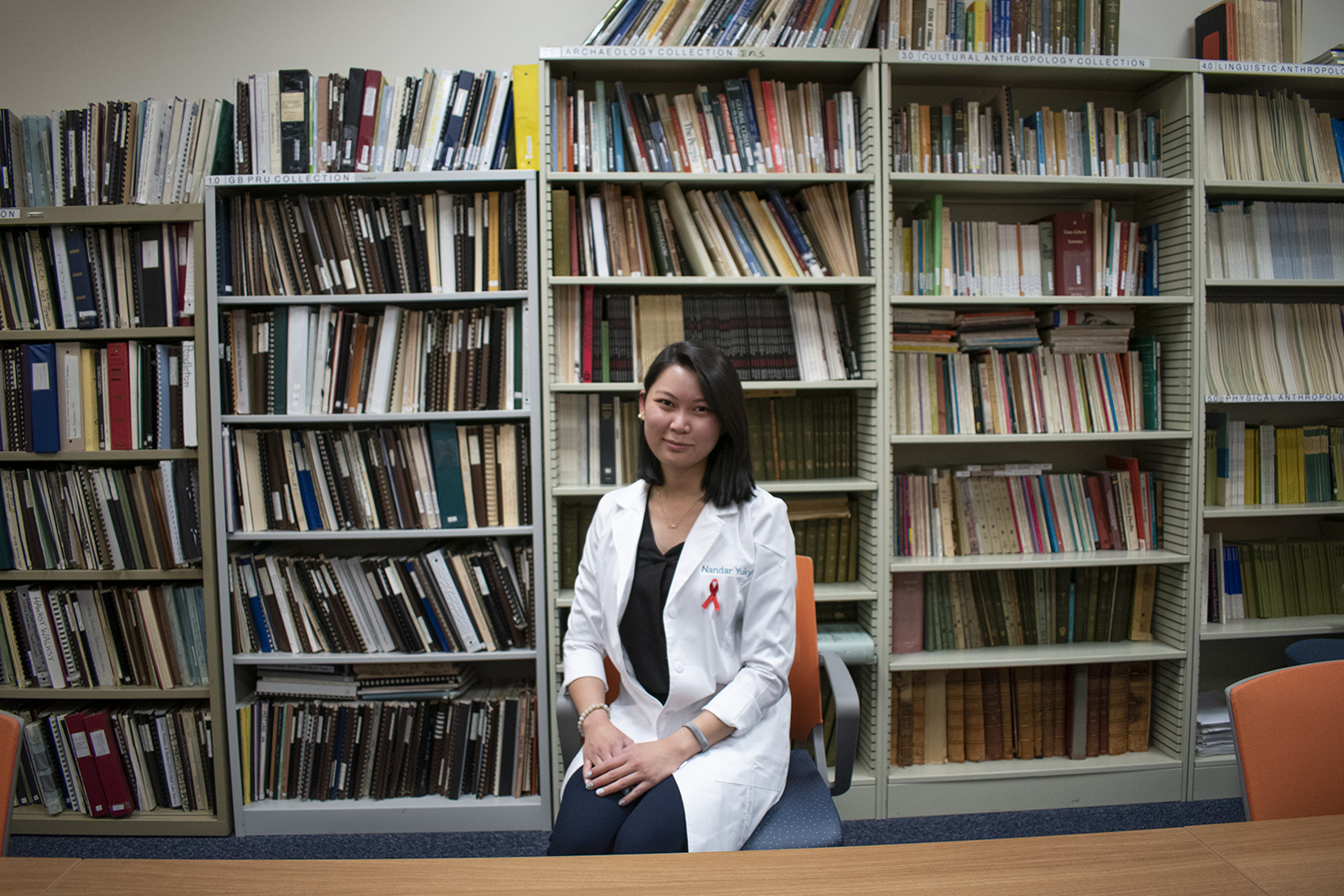 Yukyi sits in front of the bookshelf in one of her work spaces. The main lab she works in is closed off to visitors to ensure respect for people’s remains. (Photo by Carly Sauvageau)

She had been attending Texas State University when Donald Trump was elected and had stayed up during the 2016 election night to watch the results come in. The day after the election she saw posters around the campus promoting white supremacy, which made her wonder if she was American enough.

“White supremacy may be scary, but it’s nothing that I can’t overcome,” she said looking back. Despite the many challenges, Yukyi still looks forward to the future with hope and kindness. She wants to share her knowledge and education with people who have not experienced the same privilege she has since immigrating to the United States. “My biggest hope for future Americans is to have more compassion and more humanity inside them.”